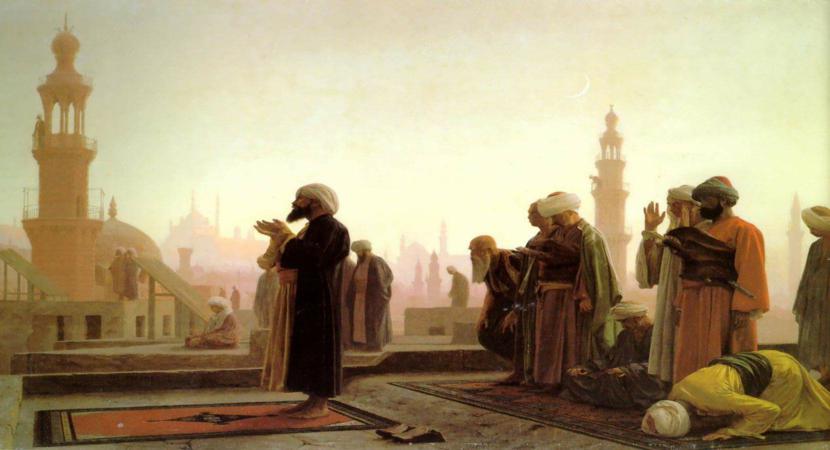 The Quran itself has emphasis on offering the Salah  more than anything else. In the Holy Quran Allah (SWT) has stressed upon the Muslims to offer Salah no matter what and also defined the benefits of offering Salah. Mentioned below are the few lines that depicts the benefit of learning and offering Salah.

There is no obligation on a Muslim on he or she invokes Almighty Allah. It can be done through Azkar, Dua or doing good deeds, however Praying (Salah) to Allah (SWT) is the preferred means. So when a person performs Salah with all the purity he or she develops a connection with Allah and any invocation done in this way is bound to be accepted by Allah (SWT) regardless of any other factors. Allah says in the Quran:

“O you who have believed, seek help through patience and prayer. Indeed, Allah is with the patient.” (2:153)

Being on the right path is the prime objective of every Muslim or it should be. All the teachings, laws, constraints and directions provided by Islam are all with the objective of making us pious and good human beings which is also called establishing Taqwa in Islam. Performing Salah not only makes you a good human but also promotes taqwa which also a way to a successful life. Allah (SWT) says in the Quran:

“This is the Book in which there is no doubt, a guidance for those who have Taqwa: who believe in the unseen, and who establish Salah, and spend out of what we have provided for them.” Quran (2:2-3)

It is very necessary for Muslims to establish Salah and be on the righteous path. Performing Salah is one of the greatest means of gaining taqwa and and a stepping stone to establish connection with Allah (SWT)

Reward In The Afterworld:

Each and every individual on this Earth is answerable to Almighty Allah. Every bad or good deed done by each and everyone is being recorded and one shall be accountable to Allah (SWT) for all we have done in this world. Although all the good deeds will be rewarded on the day of judgement but the reward of Salah will be rewarded on the day of judgement. Salah not only avoids a person from doing bad deeds but it also open door to Jannah.  Allah (SWT) says in the Quran:

“Indeed, those who believe and do righteous deeds and establish prayer and give zakah will have their reward with their Lord, and there will be no fear concerning them, nor will they grieve.” (2:277)

Therefore praying to Allah (SWT) is something which is really important to Muslims but is also a source of entering through the gate of Jannah on the day of judgement.

And when you have completed the prayer, remember Allah standing, sitting, or [lying] on your sides. But when you become secure, re-establish [regular] prayer. Indeed, prayer has been decreed upon the believers a decree of specific times. (4:103)

Salah is the most important form of worship in Islam and and the greatest source of establishing a connection and communicating with Allah (SWT). When a Muslim prays five times a day, he or she refrains from committing sins but also become closer to Allah (SWT)

Satan is an open enemy of the believers and specially those who walk the path of righteousness. Satan is always on a lookout for ways on how he can use the weaknesses of human beings to commit sins and refrain from doing good deeds and follow the path of Islam. It is very important for a Muslim to seek refuge from satan and avoid doing any sins. Salah has been regarded as the best way of protecting oneself from the attacks of satan. Allah (SWT) says in the Quran:

Satan only wants to cause between you animosity and hatred through intoxicants and gambling and to avert you from the remembrance of Allah and from prayer. So will you not desist? (5:91)

So, if a person does not pray, he or she is basically falling prey to the attacks of satan. The ones who offer prayers and seek refuge from satan from Allah (SWT) will be the ones who will be rewarded at the day of judgement and shall enter the gates of Jannah.

Every human beings including Muslims get exposed to every type of environment and people which affects the personality of a person directly. There is no denying the fact that the current plight of the people of the world is miserable where they are more prone towards ills and lewdness compared to goodness, thus if a Muslim starts being like other people, he or she goes down the road of darkness. Thus, to keep oneself refrained from such darkness it is necessary that he or she should pray five times a day and seek guidance from Allah (SWT) who is the creator and all knowing. Allah (SWT) says in the Quran:

Recite, [O Muhammad], what has been revealed to you of the Book and establish prayer. Indeed, prayer prohibits immorality and wrongdoing, and the remembrance of Allah is greater. And Allah knows that which you do. (29:45)

Salah is the guarding shield for all the Muslims who are seeking to fight the darkness and evils of their heart and the ill environment around them.

To be precise, Muslims who offer Salah five times a day, recite and understand Quran on daily basis because as a Muslim we have the utmost believe that Allah (SWT) is the protector of Muslims if we are ready to seek his guidance and make our lives better by adopting the ways of Islam and try everyday to repent from the non-Islamic ways of life.

The Rights of Children In The Light of Quran & Hadith