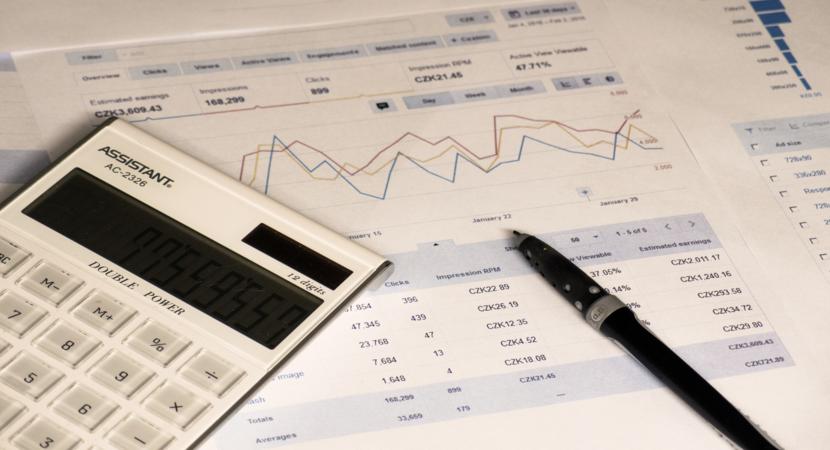 Muslim Professionals and Their Top 10 Characteristics

Islam is not just a religion but a complete way of life. May that be our personal life or professional, Islam offers a complete code of conduct for every muslim. Given below are the few Hadith and Quranic verses which define that we should put our trust in Allah to provide us with the resources.

Prophet Muhammad (peace be upon him) said: “If only you relied on Allah a true reliance, He would provide sustenance for you just as He does the birds: They fly out in the morning empty and return in the afternoon with full stomachs. (Ahmad, An-Nasa’I, Ibn Majah, Al-Hakim and At-Tirmidhi)

The professional conduct of a Muslim is defined very clearly in Islam which are discussed below.

The first characteristic of a Muslim professional is that he holds himself accountable not just in front of the authorities but also in front of the Allah (SWT). A muslim professional should be honest, committed and should perform his duties in a rightful manner and fulfil his duties with responsibility. We as Muslims should always complete out tasks and deliver on time. Prophet Muhammad (P.B.U.H) has said:

Always keep your word. The Prophet (PBUH) says, Each time you keep a commitment you are rewarded by Allah (subhana wa ta’ala) for obeying Him. If you mix a few drops of wine in a glass full of water, it spoils the whole glass of water and makes it unfit for consumption. Similarly, dishonesty in any sphere of your life permeates and corrupts your entire nature and eeman. When a person’s words carry no weight, it only reveals his/her treacherous nature. [Baihaqi]

Abu Darda (radi Allahu anhu) reported that the Prophet (sal Allahu alaihi wa sallam) said: “Nothing will be heavier on the Day of Resurrection in the scale of the believer than good manners. Allah hates one who utters foul or coarse language.” [Tirmidhi]

Our way of life and how we behave shows who we are and being a Muslim it is our responsibility to present ourselves as the true believers of Allah. If we act negatively at a workplace, it will not only destroy the overall environment of the company you work for and also portrays a negative image regarding Islam and Muslims to the non-muslims. On the other hand if the conduct of Muslim professional is good, courteous, humbling and respectful towards other so that the non-muslims get inspires and attracted towards Islam.

We as Muslims must give respect to our fellow brothers / sisters at all times. The Prophet Muhammad (P.B.U.H) said:

He Is Not Quality Muslim Who Does Not Show Kindness To The Young Ones And Respect To The Older Ones.   [Tirmidhi]

Muslim Professionals should respect each and everyone regardless of the class, creed, religion or designation. In tough professional situations we should stay in control of our ego and suppress our anger. A good Muslim professional must also respect the fact that every situation faced by them both professionally and personally is from Allah and He is in control of everything.

Honesty or being honest is of utmost importance in Islam. Being honest can get you in trouble and it may not look good, but in the eyes of Allah, honesty is obligatory, and the right way. As a professional we must remember Islam teaches us to be honest in our every dealing with our customers, managers, peer and subordinates. Abdullah ibn Mas’ud reported: The Messenger of Allah, peace and blessings be upon him, said,

Prophet Muhammad (peace be upon him) said:

“The buyer and the seller have the option of canceling or confirming the bargain unless they separate, and if they spoke the truth and made clear the defects of the goods, then they would be blessed in their bargain, and if they told lies and hid some facts, their bargain would be deprived of Allah’s blessings”.( Bukhari, Volume 3, Book 34, Number 293)

The above mentioned hadith teaches us to be honest in our jobs, careers, businesses and we must not take advantage of others by deceiving them or lying to them. As a Muslim it is out sole duty to follow the teachings of Quran and the Prophet Muhammad (P.B.U.H) and do not do any type of transactions or business practices which are based on lies. Such practices will not bring barakah but instead will be a source of no blessings from Allah and the individual will end up hurting himself more than gaining from it.

Being a Muslim, punctuality and being on time is all about keeping ammanah. The below mentioned Hadith teaches us to perform our duties and prayers on time. So therefore if there are any meetings, events, calls or reaching the office, one has to be punctual and on time.

Narrated Jarir bin ‘Abdullah: I gave the pledge of allegiance to Allah’s Apostle for to offer prayers perfectly, to pay Zakat regularly, and to give good advice to every Muslim.

As a Muslim, we should make a habit of being on time and never be late. Our niat should be to conduct our job or business in a timely manner and be full of blessings of Allah and  successful.

As a Muslim, we must show calmness at all times and be in a state of peace.  We can get tied up in long meetings, disagreements, heated discussions, arguments.

Every person in their professional lives can get tied up into long meetings, heated discussions, disagreements and arguments. Bur as Muslims we must stay calm and be always in a state of peace. By doing this one will stay positive and will also have a positive effect on the overall work environment and everyone around you will feel comfortable talking to you. Allah says in the Quran:

Abu Huraira reported: The Prophet, peace and blessings be upon him, said, “Richness is not having many possessions. Rather, true richness is the richness of the soul.”

Al-Bara reported: A man was reciting the chapter of the cave (surah al-kahf) and there was a horse tied with two ropes at his side, a cloud overshadowed him, and it came nearer and nearer as his horse became frightened of it. He went to the Prophet, peace and blessings be upon him, in the morning and mentioned that to him. The Prophet said, “Continue reciting. Verily, that was tranquility which came down for the recitation of the Quran.”

No matter the circumstances, a Muslim should stay focus on performing his duties to the best of his abilities. One might suffer some losses but being a Muslim we must have faith in Allah and stay focus and get the job done regardless of the challenges we might face.

Our prophet would go through battles during Ramadan and through hard times, but he remained focused to the duty of his people.  This is a reminder from Allah that we must focus on our priorities and stick to them and don’t lose sight!

For a Muslim, it is necessary to be self-critical in whatever work or task he performs. It is necessary for a Muslim to evaluate his own actions and not look to point fingers at someone. The Prophet (PBUH) said:

‘Blessed is he who preoccupies himself with his own defects, rather than those of others.’ (Musnad Al-Bazzâr)

Being a Muslim, it is of utmost importance that he or she should avoid conflict at any cost but if a conflict arises within the organisation, one should self-evaluate his opinions before standing ground on them. What this will do is that it will avoid conflict and help resolve the issues at hand rather than growing the conflict bigger and bigger.

As a Muslim one should be ethical in his conduct and should choose the path  defined by Allah while performing his professional duties. The path of righteousness might seem less profitable and hard but being a Muslim, we are here to please Allah and not for the temporary gains. Being a Muslim ethics should be integral part of our lives and we should treat everyone justly and ethically. The Prophet Muhammad (P.B.U.H) said:

“A Muslim is the brother of a Muslim; he does him no injustice, nor does he leave him alone (to be the victim of another’s injustice); and whoever does the needful for his brother, Allah does the needful for him; and whoever removes the distress of a Muslim, Allah removes from him a distress out of the distresses of the day of resurrection; and whoever covers (the fault of) a Muslim, Allah will cover his sins on the day of resurrection.” (B. 46 : 3.)

The core of our Faith is that Allah is the one only true God and he is the king of kings. Being a Muslim professional, we must know that everything we earn, our profits, losses, happiness, success and failures are from Allah. It’s a blessing what he has given to us to allow us to succeed in our professional careers. Allah says in Quran:

“And if any one puts his trust in Allah, sufficient is (Allah) for him. For Allah will surely accomplish his purpose. Verily, for all things has Allah appointed a due proportion” (Surah Al-Talaq)

Prophet Muhammad (peace be upon him) said:

“If only you relied on Allah a true reliance, He would provide sustenance for you just as He does the birds: They fly out in the morning empty and return in the afternoon with full stomachs. (Ahmad, An-Nasa’I, Ibn Majah, Al-Hakim and At-Tirmidhi)

Fear of Allah and the Quran

Can And Should Muslims Celebrate Christmas?