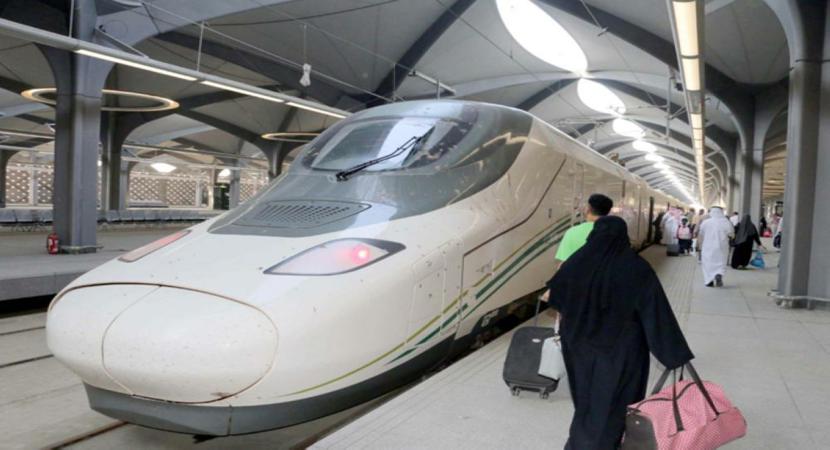 The high speed train named Hermain started its commercial operations between the two Holy cities Makkah and Madina on Thursday, 11th October 2018. Ther will be eight trips daily in the morning and evening with eight trips on the both sides. The Hermain high speed train will have trips from Makkah,Madina, Jeddah and King Abdullah Economic City of Rabigh.

The acting president of the Saudi Railways Organization (SRO) and the Public Transport Authority (PTA) chief Rumaih Al-Rumaih was present on Makkah’s Rusaifah Station on Thursday morning to launch the commercial operations.

For queries, train schedules, ticket bookings, and ticket fares passengers can contact the customer service number (92000 4433). The tickets can also be reserved and purchased from the facilities available at the railway station in Jeddah, Madina, Makkah and Rabigh. An app will also be launched for booking and purchasing tickets.

Director of the Haramain Train Project in Madinah, Saad Al-Shahri was among the officials who witnessed the simultaneous commercial launch of the operation in Madinah. While speaking to the reporters, Al-Rumaih stated that it is a moment of great achievement for the future of advanced transport industry in Saudi Arabia. 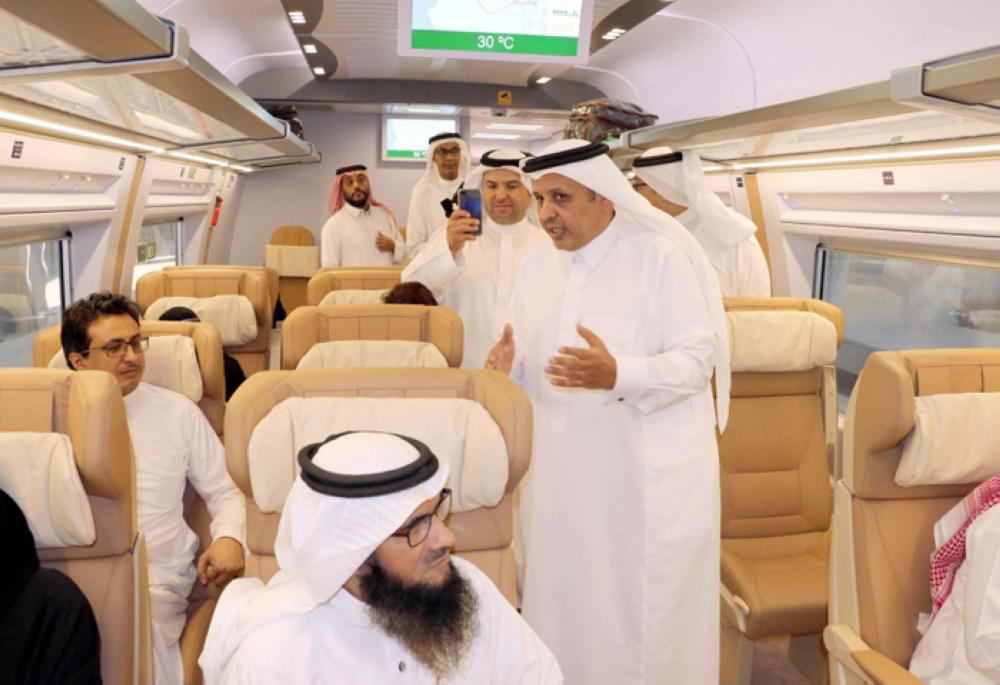 Al-Rumaih highly appreciated the role of the Saudi youth in making this project a fundamental success. He commended the young Saudi captain of the train, Abdurahman Al-Shahri that left for Madinah.

He also thanked the Crown Prince of Saudi Arabia Muhammad Bin Salman for showing great commitment and support in making the largest transport project of the Middle East region a success and a big dream come true. The Crown Prince inaugurated the project back in september. Al-Rumaih also stated that the Hermain train is a gift from the Saudi leadership to more than 1.5 billion Muslims around the world.

Now Read and Recite The Holy Quran While You Travel With Most Comprehensive Quran App Quran Majeed Available on Android and iOS. Developed By PakData.

The Haramain High Speed Train will transport passengers 450 km (280 miles) via the Red Sea port city of Jeddah at speeds of up to 300 km per hour. Two trains, each carrying 417 passengers, departed from Makkah and Madinah at 8 a.m., according to the Saudi Press Agency. Two daily services are initially planned in each direction, it said. Custodian of the Two Holy Mosques King Salman on Sept. 25 inaugurated the high-speed railway, which is the biggest transportation project in the region. The new link will slash the travel time from several hours to 120 minutes, transport officials said.