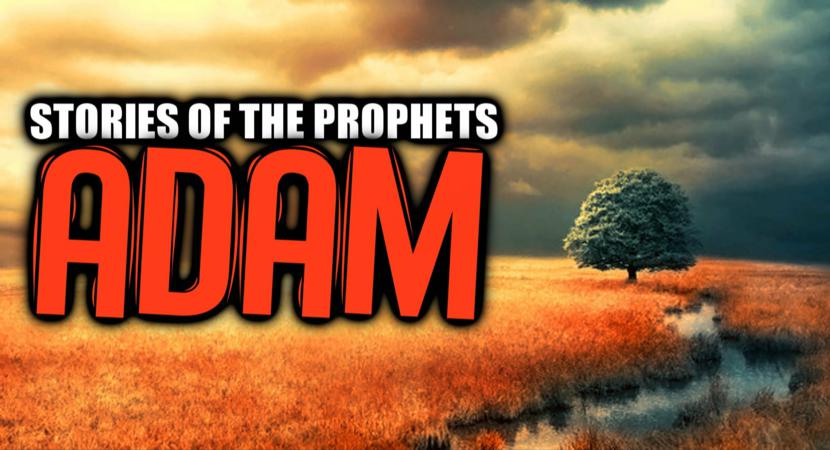 STORY OF  THE FATHER OF WHOLE HUMANITY (ADAM .A.S.)

So do you understand that each and everyone of us living in this world are the children of Adam (A.S). We are all like one big family and we all should try hard to live in peace and harmony. We should love and respect each other. This is the main aspect of a family to live happily.

Now listen very carefully. Allah (SWT) not only made Adam (A.S), but also made Iblis, the Satan.Allah (SWT) made Adam (A.S). by mud and Satan by fire. Satan is a jinn who use to live with angels in the Heaven. He was the best worshiper of Allah (SWT) but he has a big defect in him, that he is proud of himself and thought he is the best.

My dear children as you know, today we also have this knowledge and Quran and Hadees is the source of this knowledge. Whoever tries to gain and adopt this knowledge will become bigger in the eyes of Allah (SWT).

And we should not think that, we are better than our brother or sister or friend or anyone else. This will make Allah (SWT) happy, surely. And one thing more, if we disobey Him, Allah (SWT) will reject all good deeds done before. So, be careful! Try hard to save good deeds.

Allah (SWT) gave him the time till the judgment day. Allah (SWT) said that he can misguide people but good people will never listen to him and fall into his traps and whoever listen to Satan will surely go to hell with him. It means, my children, Satan is our enemy, he is after us to take us in hell with him. Now, who will tell me, what will make Satan fail to do so?

Yes, my children, being good, as Allah (SWT) said good people will never listen to Satan. And you know my children, Quran tells us about good people and their traits. So we should learn and apply these traits in our personalities to save ourselves from our enemy, Satan.

They tried hard to not to go near the forbidden tree. They wanted to obey Allah (SWT) whole heartedly. They never wanted to make Allah (SWT) angry. But Satan was very, very envy of them. He did not like their happiness. He wanted to take them out of heaven as he blamed them for his failure. So what he did that he appeared to them as their true friend and repeatedly whispered spells in their ears to eat the fruit, eat the fruit from the forbidden tree. He lied to them that, the fruit will make them angels to live in heaven forever.

His false spells made them forget what Allah (SWT) told them and they ate from the forbidden tree. As soon as they ate the fruit, their beautiful clothes of heaven disappeared. Shamefully they rushed for big leaves to hide themselves. They became ashamed of themselves and begged Allah (SWT)’s (SWT)  forgiveness. But Allah (SWT) ordered the angels to take them out of the heaven and take them to the earth for some time period. Now they are no more allowed to live in heaven.

Allah (SWT) said to him, “Yes you are right. Surely he is the most loveable to ME. And if there will no Mohammad I have not created you. Surely I have forgiven you”. Allah (SWT) told them that, on earth Allah (SWT) will send his Prophets and Messengers to guide people towards Allah (SWT). Whoever obeys the only Allah (SWT) and fulfills his commands will return to heaven after his death. And who disobeys Allah (SWT), and listens to satan will be in hell.

And you see my dear ones, last Prophet Muhammad (S.A.W) was placed at the top of all the Prophets and Messengers. Here, my dear children, we bare witness the trait of people who will do good and If these people do single wrong by mistake, they at once realize it, feel shame and weep for what they did, and ask for mercy and forgiveness from Allah (SWT) and indeed He will forgive them. This is the trait of our father Adam (A.S) Allah (SWT) loves such people.

And what is the trait of Satan? Do wrong, worse, and worst and never ask forgiveness. Allah (SWT) dislikes such people. Now you see, my dear children, if you pray to Allah (SWT) and fulfil His commands, and if you do something wrong, ask forgiveness from Allah (SWT) then, Allah (SWT) will love you and He will open the doors of heaven for you.

And tell me, what this house is? Yes, The Holy Place of Kaba .Where all Muslims gather to perform Hajj and Umrah. Just like angels do around Allah (SWT)’s Throne in Heaven. You know my dear children, Adam (A.S). and Hawwa (A.S) reached to the earth separately. They found each other after a long time. They were all alone there. They were the first man and woman on earth.

They did not know what to eat, and did not know what to wear. Allah (SWT) sent the angel Jibrail (A.S) to teach them how to cultivate wheat seeds on earth, to have wheat grains, to ground them, to knead them, after that baked them in form of bread to eat to satisfy their hunger. This was very hard for them. They also learned how to spun sheep’s wool to make dress for themselves. Spinning wool to make dress is also a difficult task.

DIFFERENCE BETWEEN HEAVEN AND EARTH

Now, my dear children tell me what is the difference between the life in heaven and the life on earth? Adam (A.S) and Hawwa (A.S) lived in Heaven calmly and happily, without doing any work and they enjoyed the blessings of Allah (SWT). But on earth they have to work hard and face many difficulties, so it means on earth we have to live a life full of difficulties and hurdles. If we lead our life in the way Allah (SWT) wants then our hearts will be in peace while facing difficulties and Allah (SWT) will be happy with us.

If we lead our life in our own way, or as satan’s whispered spells to make us  live the life his way then our hearts will always be in trouble and full of depression even at the time of happiness, and Allah (SWT) will be unhappy with us too. Now children tell me how come we can judge our own lives? By leading it to our own way, or satan’s way, or the way defined by Allah (SWT)? And the answer is definitely leading the way Allah (SWT) has defined. This can be done only by learning the life pattern of our Prophet Muhammad (S.A.W) and his companions (R.A).

Here comes the end of the story, Adam (A.S). and Hawwa (A.S) have many children. Adam (A.S). taught them to worship Only Allah (SWT), pray for Allah (SWT), do good deeds and never listen to Satan. Then, one day death came to Adam (A.S). Many angels came to teach the children of Adam (A.S). to bathe the body and offered funeral slat and put him in the grave. This is the tradition of Muslims. Hawwa (A.S) died after a year.

Children of Adam (A.S) took the path towards Allah (SWT) and did what their father has told them. Now listen children very carefully, when Satan saw people becoming Muslim and they pray to Allah (SWT), always speaking the truth, being obedient to their parents, and recite book of Allah (SWT), and people are becoming servant of Allah (SWT). So athis Satan thought people are going to have heaven, they must be stopped.

Then, what he did, he brought beautiful stones from different mountains and came to people and told them that these are the pieces of stars fallen from the sky and they are blessed and very sacred. Like this he deceived all the people and made them turn to wrong path from the right path.

My dear children, people made different pictures of pious people on those stones for their remembrance. But later on after generations passed, satan made them forget the purpose of those picture on stones. And they started bowing to these stones while praying to Allah (SWT). Later on they started asking their needs from them.

Now tell me my dear children what we do now? Yes, we should obey Allah (SWT) and our Prophet Muhammad (S.A.W) and try hard to copy his traits and to live our lives as Allah (SWT) wants. Allah (SWT) has promised supreme success for those who lead the life like our Prophet Muhammad (SWT). This is the purpose of our lives, to strive hard towards the Supreme Success. And what is the supreme success? It means to enter in heaven without any inquiry and difficulty at the Judgment Day and without entering in hell, and see Allah (SWT), The Creator of all.

We beg Allah (SWT) to grant us the Supreme Success. Ameen.

TRUE STORIES FOR TRUE LOVERS OF ISLAM FROM THE QURAN