Islam is not a religion where you just need to worship Allah (SWT) and you end up entering the gates of Jannah, Islam is way more than that and to put it simply its a complete way of life where each and everyone enjoys their rights. From friends to spouses and parents to children, Islam has given each and everyone their due rights which they can practice freely. Quran has given children some rights too such as they have the right to be fed, clothed, protected and educated until they reached to adulthood.

Islam doesn’t discriminate between male and female genders and the rights mentioned above are for both boys and girls. Children are the responsibility of the parents and it is obligatory on the parents to provide each and everything to their children which is their right. Parents will be held accountable on the day of judgement if they fail to fulfill the rights of their children. Parents are also responsible for the moral, ethical and the basic and essential religious teachings of their children which is their responsibility. Allah (SWT) says in Quran:

“And those who believed and whose descendants followed them in faith – We will join with them their descendants, and We will not deprive them of anything of their deeds. Every person, for what he earned, is retained…” (Quran 52:21)

Children’s responsibility is not only on father but also on mother as mentioned by Prophet Muhammad (SAW) in one of his hadith in these words:

As mentioned by Prophet Muhammad (P.B.U.H) children are just the responsibility of the father but also of the mother. 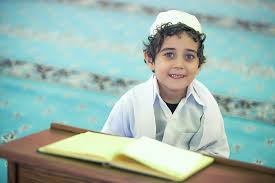 Some basic rights of children are mentioned below:

To conclude things, we need to understand that it is the duty of parents to take care of their children and provide them basic necessities along with it it is also necessary to teach that Allah (SWT) is the one and only who we should worship. Teaching children the teachings of Islam and make an example of of yourself to practice Islam the way it should be practiced so that children can learn from you.

The Importance of Hoqooq ul Ibaad in Islam