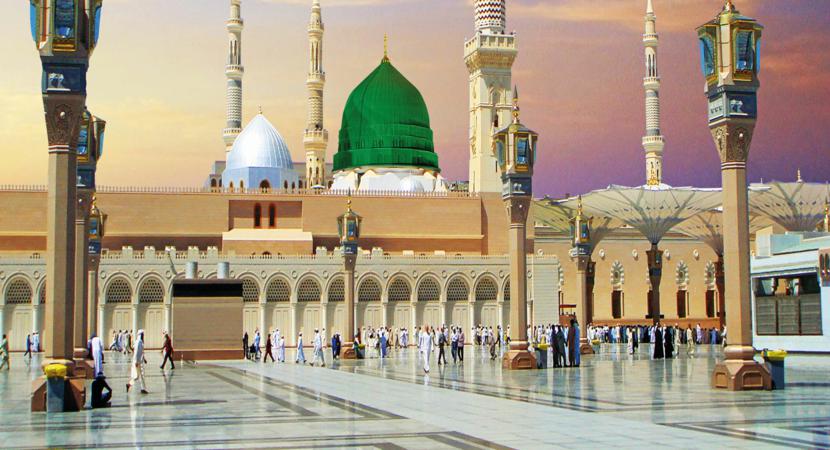 When the non-believers of Makkah asked Prophet Muhammad (P.B.U.H) to perform a miracle. He pointed towards the moon and by the will of Allah (SWT) it split into two parts.

‘That the Meccan people requested Allah’s Messenger (ﷺ) to show them a miracle, and so he showed them the splitting of the moon.’ [Sahih al-Bukhari]

After splitting the moon stayed in that state for some time and converged back to its original state. Although the non believers after seeing the event happened before their eyes instead of believing the Prophet Muhammad (P.B.U.H), they called him a magician.

This miracle refers to the night journey of Prophet Muhammad (P.B.U.H) which he made with the angel Gabriel. He went from Makkah to Jerusalem and from there he ascended up to the heavens to hold a communion with Allah (SWT) and by the time he returned back to Makkah it seemed like a split of a second.

Prophet Muhammad’s miracle of the tree that cried

The Prophet Muhammad (P.B.U.H) used to rest against a dried tree trunk and deliver his sermons. When the companions of the Prophet built him a pulpit to deliver his Friday sermons. He heard a sound that resembled the crying of a baby camel. He went Down from the pulpit and made his way to the tree to embrace it.

‘The Prophet (ﷺ) used to stand by a stem of a date-palm tree (while delivering a sermon). When the pulpit was placed for him we heard that stem crying like a pregnant she-camel till the Prophet (ﷺ) got down from the pulpit and placed his hand over it.’ Sahih al-Bukhari 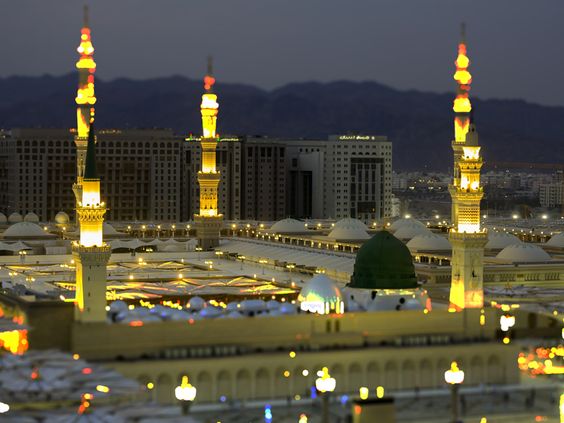 Prophet Muhammad’s miracle of water that flowed from his hands

On the day of Al-Hudabiya, the companions of the people become very thirsty and there was a shortage of water and there was not water for everyone. The companions of rushed to the Prophet Muhammad (P.B.U.H) and told the Prophet that they have no water for ablution and drinking expect a small pot of water. So then Prophet (P.B.U.H) place his hand over the pot and the flowed through his fingers like a stream and everyone drank the water and performed ablution.

“The people became very thirsty on the day of Al-Hudaibiya (Treaty). A small pot containing some water was in front of the Prophet (ﷺ) and when he had finished the ablution, the people rushed towards him. He asked, ‘What is wrong with you?’ They replied, ‘We have no water either for performing ablution or for drinking except what is present in front of you.’ So he placed his hand in that pot and the water started flowing among his fingers like springs. We all drank and performed ablution (from it).” I asked Jabir, “How many were you?” he replied, “Even if we had been one-hundred-thousand, it would have been sufficient for us, but we were fifteen-hundred.” [Sahih al-Bukhari]

When Prophet Muhammad (P.B.U.H) consumed his marriage with Zaynab bint Jahsh (May Allah be pleased with her) Umm Sulaim, mother of Anas bin Malik, made Hais which was enough for Prophet Muhammad (P.B.U.H) and his wife. When Anas bin Malik brought the dish to the Prophet. He told him to invite the companions which was around 300 according to the mentioned narration. e fed all of his guests until they were full. Once they were done the Prophet (P.B.U.H) told Anas bin Malik to take the dish away. As he took the dish away he couldn’t tell whether the dish was the same when he delivered it or increased in its capacity.

“The Messenger of Allah got married and consummated the marriage with his wife.” He said: “My mother Umm Sulaim made some Hais, and I brought it to the Messenger of Allah and said: ‘My mother sends you greetings of Salam, and says to you: ‘This is a little from us.” He said: ‘Put it down.’ Then he said: ‘Go and call so-and-so, and so-and-so, and whoever you meet,’ and he named some men. So I called those whom he named and those whom I met.” I said to Anas: “How many were they?” He said: “About three hundred. Then the Messenger of Allah said: ‘Let them sit around the dish of food in groups of ten, one after the other, and let each person eat from what is closest to him.’ They ate until they were full, then one group went out and another group came in. He said to me: ‘O Anas, clear it away.’ So I cleared it away, and I do not know whether there was more when I cleared it away, or when I put it down.” [ Sunan an-Nasa’i]

Although the miracles listed above are extraordinary, none stack up to the greatest miracle of the Prophet ﷺ, The Holy Quran. No Muslim can disagree that the final revelation from the final Messenger ﷺ  is the undisputed greatest of his miracles. The miracle of the Holy Quran can be proven from multiple perspectives from its historical precision, its linguistic perfection to the many prophecies it accurately foretold. It is a book that was revealed to mankind through the Prophet ﷺ that will remain unchanged until the end of time.

Above all, the Quran presents a challenge to mankind to produce the likeness of it. A challenge that has lasted over 14 centuries uncontested. That is why the Holy Quran is the greatest miracle of the Prophet ﷺ.

Sunnah of Prophet Muhammad (P.B.U.H) When A Child is Born