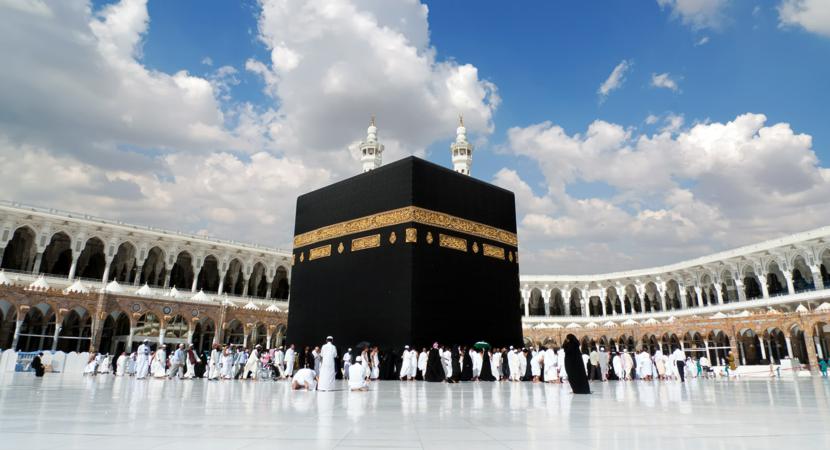 Faith in Islam is the belief in the Unity of Allah. This is conveyed in the primary Kalimah of Islam which is:

Faith in Islam is based upon the fact that we believe that Allah (SWT) is the only one true God and Muhammad (P.B.U.H) is his last messenger and this is based on Kalimah (Tawheed) which is mentioned below and is the core of Islam.

“There is no one worthy of worship but Allah and Muhammad is His Messenger.”

The core belief of Muslims is that there is only One lord and that is Allah (SWT). It is He who is the creator and the provider of the whole universe. To become a Muslim and a part of Islam it is necessary to believe in the the oneness of Allah (SWT). It is also necessary for Muslims submit themselves to the will of Allah (SWT) and obey the commandments according to the Quran, Sunnah and Hadith of the Holy Prophet Muhammad (P.B.U.H)

Being a Muslim it is part of our faith to believe in all the Prophets and Messengers of Allah (SWT) without any doubt or discrimination. Accepting the unity of Allah Almighty is the core of Islamic faith. Faith is also a confirmation and submission to the truth that is declared in the Kalimah. Intellectual concern plays an important role when it comes to the being a Muslim and Allah (SWT) demands Muslims to human reason to reach true beli. Allah (SWT) says in the Quran:

“And thus do We explain the Signs in various ways that the truth may become established and that they may say: “Thou hast read out what thou hast learned’ and that We may explain it to a people who have knowledge.”(Quran, 6: 106)

Every religion has certain foundations and system which defines the structure of that particular religion. The main difference between Islam and the other religions that the other religions are man made or have become so different from their original form of existence that they have lost the core which that religion was based upon. For Islam things are entirely different, indeed it has its set of foundations and rules which every Muslim has to follow. Humans can not change the true essence and the core of Islam which it is based upon and that is having true believe on the unity of Allah (SWT) and Prophet Muhammad is His Last Messenger. Apart from that Muslim belief and faith are often summarized in “Six Articles of Faith.” These articles of faith are the fundamental beliefs which every Muslim must refer to are described below:

As a Muslim and follower of the Islamic religion it is necessary to believe in Allah (SWT) as the one and only creator and ruler of the whole universe and everything in it. There can’t be no one else beside Allah (SWT) who can worthy of worship. Prophet Muhammad (P.B.U.H) said regarding having belief in Allah (SWT):

“Faith is to believe in Allah, His angels, His books, His messengers, the Last Day, and to believe in providence both its good and its bad.” (Sahih Muslim)

Belief in the Existence of Angels:

Being a Muslim it is necessary to believe in angels and their existence. Angels are spiritual beings that are created to serve the purposes of Allah (SWT). They are the servants of Allah (SWT) and only exist to carry out Allah (SWT) orders, worship Him and praise Him. Gabriel and Mekail are few of the Angels mentioned in the Quran.

As part of the faith of Muslims, it is necessary to believe in all divine books that were sent down to mankind through His messengers. The Holy Quran is the last sacred book that was revealed upon our beloved Prophet Muhammad (P.B.U.H). Muslims need to have faith in the Holy Quran and its teachings which are the guiding principles till the day of judgement.

As a Muslim apart from having faith that Allah (SWT) is the true lord of the whole universe, it is also very necessary for us to believe in all the Prophets sent down to the world to show people the path of righteousness. It is also necessary for Muslims to accept that Prophet Muhammad (P.B.U.H) is the last messenger of Allah (SWT) and not other Prophet will come after him.

Believe on the Day of Judgment:

A Muslim has to  believe in the day of Judgement which is inevitable. Once the day of judgement arrives upon us, all the mankind will be held accountable for all the deeds they have done in this world. One should be very clear on the arrival of the day of judgement and the true destinations of the humans shall be either hell or the heaven and it is an integral part of Islamic faith.

Believe in the Divine Decree:

As a Muslim it is  necessary to believe that there are some things that are beyond human control and Allah (SWT) has stored something which we as humans fail to understand. It is part of the Islamic belief that Allah (SWT) is the sole creator and the controller of each and everyone’s fate or destiny.

We can say that faith in Islam means to submit to Allah, not against a lack of evidence, but fairly because the proof of His Lordship is amazing. Muslim who has a pure heart and performs many good deeds regularly has strong faith in Allah Almighty. Faith always leads a man to a life of obedience and submission to the Will of Allah. The person who lives a life of submission is known as a Muslim. So, we find that faith is the starting point that leads man to a life of submission to Allah and that a man cannot become a Muslim without faith. Therefore, in order to be a true Muslim and complete in belief, a Muslim has to believe in and practice the core foundations of Islam.

Haram And Halal Food In The Light of Quran And Hadith