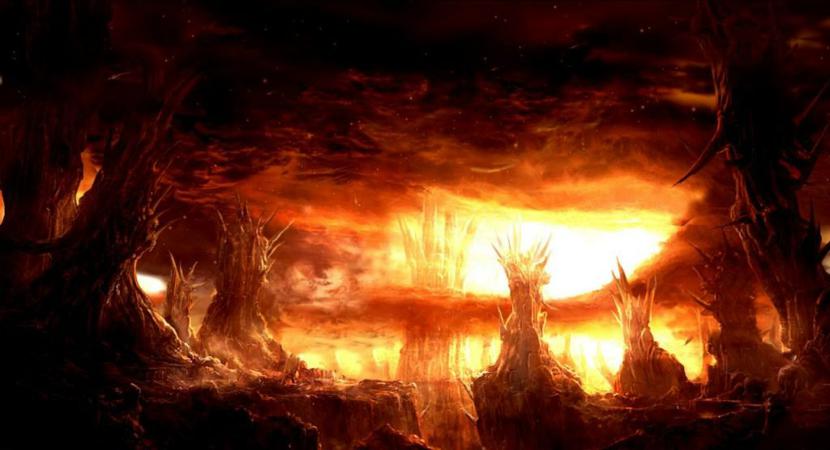 Being a Muslim it is obligatory upon us to spend our lives according to the teachings of Quran, Hadith and Sunnah. We all hope to live the enteral lives in the gardens of Heaven (Jannah) but some of us will fall short of achieving the true goal. Allah (SWT) has prepared a placed for wrong doers and the non-believers and they will be punished for their sins by hellfire (Jahanam). There are many verses in the Quran that describe the severity of the punishment and the Azab such people will go through.

Quran at many places has defined the description of Hell and men and stones will fuel the hellfire. Allah (SWT) says in the Quran:

“…fear the Fire whose fuel is men and stones,- which is prepared for those who reject Faith” (2:24).

“…Enough is Hell for a burning fire. Those who reject Our Signs, We shall soon cast into the Fire… For Allah is Exalted in Power, Wise” (4:55-56).

“But he whose balance (of good deeds) is found to be light, will have his home in a (bottomless) Pit. And what will explain to you what this is? A Fire blazing fiercely!” (101:8-11).

The individuals who did not believe in the message of Allah (SWT) and done wrong deeds, the punishment for such individuals will be the realization that they have failed. They did not pay attention to Allah (SWT) warnings and did not follow the path of righteousness thus have earned Allah (SWT) warth. The Arabic word Jahanam means “a dark storm” or “a stern expression.” Both exemplify the seriousness of this punishment. Allah (SWT) says in the Quran:

“Those who reject Faith, and die rejecting,- on them is Allah’s curse, and the curse of angels, and of all mankind. They will abide therein: Their penalty will not be lightened, nor will they receive respite” (2:161-162).

“They are (men) whom Allah hath cursed: And those whom Allah Hath cursed, thou wilt find, have no one to help” (4:52).

The unbelievers will be led to Hell in crowds until, when they arrive there, its gates will be opened (39: 71)

And verily, Hell is the promised abode for them all. It has seven gates: to each of those gates is a specific class of sinners assigned. (5: 43-44)

To them will be said, ‘Enter you the gates of Hell to dwell therein. And how evil is this abode of the arrogant.’ (39: 72)

But those who reject Our signs are the companions of the left hand – on them will be fire vaulted over. (90:19-20)

Normally water brings relief and puts out a fire. The water in Hell, though, is different. According to Quran:

“…Those who deny (their Lord), for them will be cut out a garment of Fire. Over their heads will be poured out boiling water. With it will be scalded what is within their bodies, as well as (their) skins. In addition there will be maces of iron (to punish) them. Every time they wish to get away therefrom, from anguish, they will be forced back, and (it will be said), “Taste the Penalty of Burning!” (22:19-22). 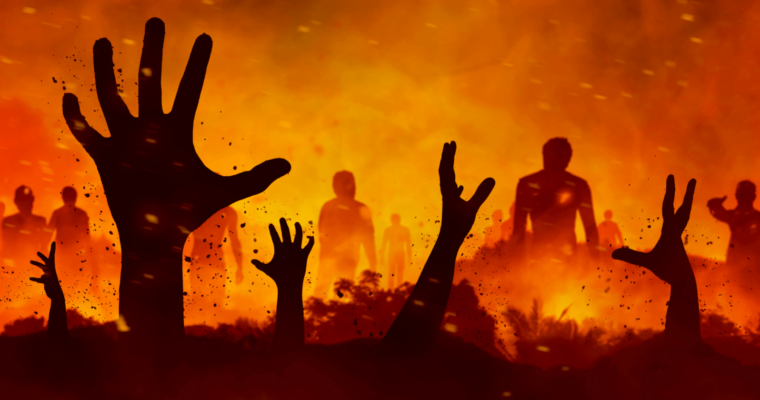 For people who have done good deeds and followed the teachings of Islam will be rewarded with a place in Heaven (Jannah) where fresh fruits and milk along with many other bounties will be provided to them whereas inhabitants of Hell will eat from the Tree of Zaqqum. Allah (SWT) describes the tree in the Quran as:

“Is that the better entertainment or the Tree of Zaqqum? For We have truly made it (as) a trial for the wrong-doers. It is a tree that springs out of the bottom of Hell-Fire. The shoots of its fruit-stalks are like the heads of devils. Truly they will eat thereof and fill their bellies therewith. Then on top of that they will be given a mixture made of boiling water. Then shall their return be to the (Blazing) Fire” (37:62-68).

“Verily, the tree of deadly fruit will be the food of the sinful. Like molten lead will it boil in the belly, like the boiling of burning despair” (44:43-46).

On the day of judgement, when people will be sentenced to burn in the hellfire will instantly feel the rush of fear and will regret the choices they made living their lives in this world and would beg Allah (SWT) for another chance and show mercy. For such people Allah (SWT) says in the Quran:

“And those who followed would say: ‘If only We had one more chance…’ Thus will Allah show them (the fruits of) their deeds as (nothing but) regrets. Nor will there be a way for them out of the Fire” (2:167)

“As to those who reject Faith: if they had everything on earth, and twice repeated, to give as ransom for the penalty of the Day of Judgment, it would never be accepted of them. Theirs would be a grievous penalty. Their wish will be to get out of the Fire, but never will they get out. Their penalty will be one that endures” (5:36-37).

May Allah (SWT) grant us the wisdom and the sense to walk the path of righteousness and make us among the people with whom Allah (SWT) is pleased with and save us from the wrath of the Hellfire on the day of judgement (Ameen).

How Islam Teaches to Overcome Depression