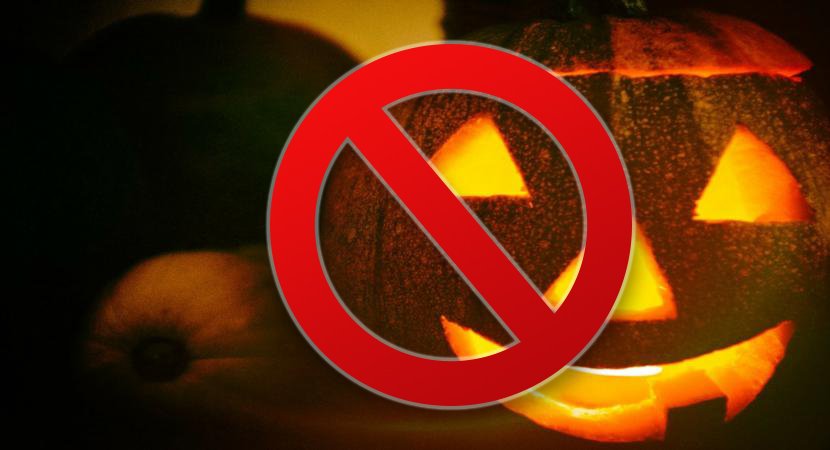 The origins of the Halloween date back centuries, almost 2,000 years, where ancient pagans of the British Isles mark the beginning of winter and the first day of the New Year. On this day (October 31st) ancient pagans celebrated the festival called Samhain which was due to the belief that the barrier between the dead or the supernatural forces is broken and these forces roam the earth. The priests (‘Druids’) were believed to be able to communicate with these supernatural forces or spirits who will tell them about the future. The Priests built large fires on this night and the people gathered to burn crops and animals as sacrifices to the Celtic deities/gods. During the festival they wore animal heads and skins as costumes.

Read and Recite The Holy Quran to Understand Islam Better With Most Comprehensive Quran App Quran Majeed Available on Android and iOS. Developed By PakData.

On halloween people would dress up in different costumes, which is done on the belief that they would depict the dead so that they can’t be recognised. It was also done by people imitating the supernatural forces use to roam the earth on this day.

The custom of Trick-or-Treat came from the Priests/Druids who would go from house to house collecting food or goods which they would offer to the spirits to calm them. It was believed at that time if the demands were not met and the houses who did not offer food to the spirits then people and their homes would be cursed with trouble, sickness, and death. The houses and people who generously donated for the spirits, it was promised their families and homes will see prosperity in the future. So the term Trick-or-Treat implies a demand for treat or else certain consequence has to be given. The concept of Jack roaming the earth is false because as per Islamic believes whoever dies, either they go to heaven or hell as per their deeds and Satan or the devil has no control over it. 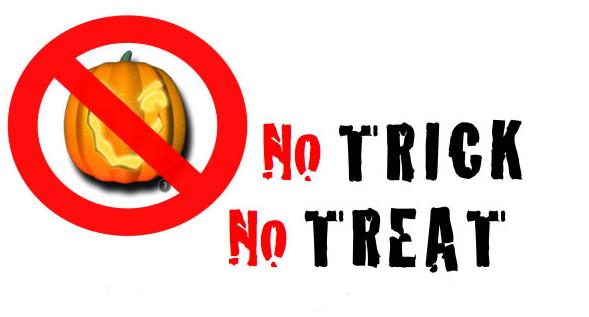 Jack-o’-lantern is one of the legends associated with a man named jack who was of Irish origin. It is stated that Jack use to enjoy playing pranks on the devil and when the devil got sick and tired of his pranks, Jack made the devil promise that he will not take his soul to hell and the devil granted him his wish. After Jack died, he was also turned away from heaven because he was stingy and drunken. Not able to find a resting place Jack again made a request to devil to take him in the hell but the devil refused and tossed him a lighted coal from the fire of Hell, which Jack placed inside a turnip as a lamp to light his way. From that day Jack-o’-lantern is in search for a resting place. In the 1840s, when the Irish came to America in great number, they found that pumpkins made great lanterns and how this tradition came to be imitating Jack’s lantern

Bats and cats are the animals which believed to communicate with the dead and it is also believed that black cats house the souls of witches in them which is also wrong concept according to Islam.

How Halloween came into Christianity

As the influence of Christianity began to spread into the Celtic lands in the 800s A.D, pope Boniface IV designated November 1st as All Saints’ Day, a time to honour saints and martyrs with an attempt to replace the halloween with a church sanctioned holiday. This celebration is also termed as All-hallows or All-hallowmas meaning All Saints’ Day and the night before it as night of Samhain, began to be known as All-hallows Eve or Holly Eve and eventually Halloween.

Quick Fact: The word Halloween does not appear in the bible at all. Jeremiah 10:02 clearly warns: “Do not follow the ways of other heathens (pagans)”.

Billions of dollars are wasted on candy and costumes each year to celebrate Halloween which has nothing to do with Islamic and even Christian rituals and practices. A survey conducted by BIGresearch found that an estimated $3.29 billion was spent on this holiday in 2005 alone. With world population suffering from poverty and hunger, this amount seem rather ridiculous just to be spent for the sake of having fun.

Many devil worshippers and occult groups now ritualistically recognise Halloween as the Devil’s Day. Over 60% of costumes are sold to adults who become outrageous exhibitionists.

As the Halloween traditions and rituals are based on ancient pagan culture and so it is a form of idolatry (shirk) from the Islamic point of view. Being a Muslim our celebrations should be the one which are according to the Islamic teachings and should not include idolatry (shirk). So how can we get the blessings from Allah (SWT) if we are part of rituals and customs which are not Islamic? Many Muslims participate in the Halloween celebrations not knowing its true origins and its pagan connections, just because their friends are doing it, their parents did it (“it’s a tradition!”), and because “it’s fun!”

Read and Recite The Holy Quran to Understand Islam Better With Most Comprehensive Quran App Quran Majeed Available on Android and iOS. Developed By PakData.

Allah (SWT) states in the Quran:

“When it is said unto them, ‘Come to what Allah has revealed, come to the Messenger,’ they say, ‘Enough for us are the ways we found our fathers following.’ What! Even though their fathers were void of knowledge and guidance?” (Qur’an 5:104)

“We have sent them the truth, but they indeed practice falsehood” (Quran 23:90)

As a Muslim we must detach ourselves from following the ways of Pagans or the Christians as it is forbidden in Islam. Being a Muslim it is our duty to learn about the Islamic teachings and what it says about doing idolatry (shirk). Celebrating Halloween or other celebrations which are not from Islam clearly deviates one from the Sunnah of the Prophet Muhammad (P.B.U.H) and leads to the path of the Satan and sins. Allah (SWT) says in the Quran:

“Has not the time arrived for the believers, that their hearts in all humility should engage in the remembrance of Allah and of the Truth which has been revealed to them? That they should not become like those to whom was given the Book aforetime, but long ages passed over them and their hearts grew hard? For many among them are rebellious transgressors.” (Qur’an 57:16)

In the Quran Allah says of magic that it only harms and brings no benefit (Surah Al-Baqarah, V.102).

“You must keep to my Sunnah and the Sunnah of the Rightly Guided Caliphs; cling to it firmly. Beware of newly invented matters, for every new matter is an innovation, and every innovation is misleading.” (Bukhari).

“The final hour will not come until my followers copy the deeds of the previous nations and follow them very closely, span by span, and cubit by cubit” (Bukhari).

“Whoever imitates a nation is one of them” (Abu Dawud).

The main purpose of Islam is to cleanse ignorant and superstitious practices. Allah (SWT) has ordered Muslims to work for the beneficial and purposeful life for oneself and for others as well. Indulging in un-Islamic practices and rituals can lead to an empty life which is isolated from the blessings of Allah (SWT) and one will suffer its consequences on the day of Judgement.

Islam and The Necessity of Having Good Manners